What a great experience!

Great match vs Real Madrid!! Check out the match report and photos here.

Yesterday Yannik de Vries and Isaï Marselia joined Malaga City FC as an exchange for their match against Real Madrid U18. The whole match was on Real Madrid tv!

After arriving at the great facilities of Ciudad Real Madrid Valdebebas the boys were all pumped up and ready to go for their final match of the season. First 20 minutes we were equal to one of the best youth teams in the world and we defended compact and as a team. We had some chances in the counter attack and Real Madrid had difficulties breaking our defense. They scored a great first goal and after the first halve we were 3-0 down.

After a long season with many matches the players became tired in the 2nd half but managed to only conceive 2 more goals. In the end it was a great experience on a perfect pitch against the best players in their age group.

Big opportunities for GFA players to play the biggest matches and show themselves to the world.

Many thanks to our partner Malaga City FC for this great trip. Many more will follow!!! 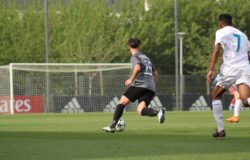 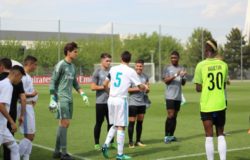 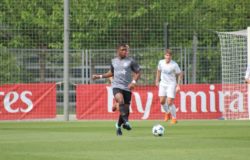 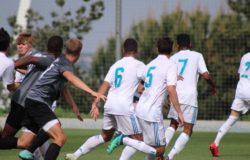 Only available for chat